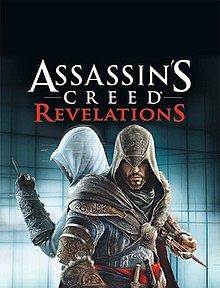 Assassin’s Creed: Revelations is a 2011 action-adventure video game developed by Ubisoft Montreal and published by Ubisoft. It is the fourth major installment in the Assassin’s Creed series, a direct sequel to 2010’s Assassin’s Creed: Brotherhood, and the third and final chapter in the ‘Ezio trilogy’. The game was released on PlayStation 3, Xbox 360, and Microsoft Windows in November and December 2011.