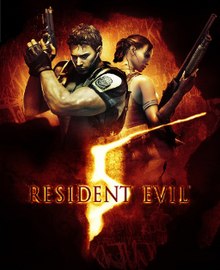 Resident Evil 5, known in Japan as Biohazard 5, is a third-person shooter video game developed and published by Capcom and released in 2009. It is the seventh major installment in the Resident Evil series, and was announced in 2005—the same year its predecessor Resident Evil 4 was released.