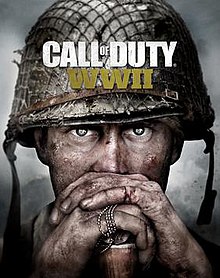 Call of Duty: WWII is a first-person shooter video game developed by Sledgehammer Games and published by Activision. It was released worldwide on November 3, 2017 for Microsoft Windows, PlayStation 4 and Xbox One. It is the fourteenth main installment in the Call of Duty series and the first title in the series to be set primarily during World War II since Call of Duty: World at War in 2008.