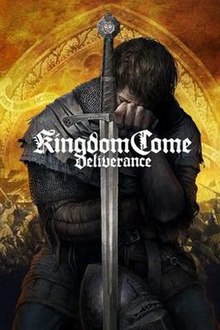 Kingdom Come: Deliverance is an action role-playing video game developed by Warhorse Studios and published by Deep Silver for Microsoft Windows, PlayStation 4 and Xbox One. It is set in the medieval Kingdom of Bohemia, an Imperial State of the Holy Roman Empire, with a focus on historically accurate content.