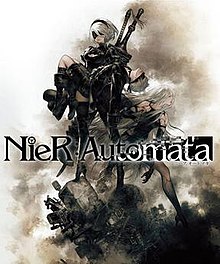 Nier: Automata[a] is an action role-playing game developed by PlatinumGames and published by Square Enix. The game was released for the PlayStation 4 and Microsoft Windows in early 2017, with an Xbox One port later in June 2018. Nier: Automata is a sequel to the 2010 video game NieR, a spin-off sequel of the Drakengard series.