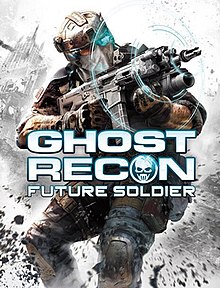 Tom Clancy’s Ghost Recon: Future Soldier is a third-person tactical shooter video game developed and published by Ubisoft for the PlayStation 3, Xbox 360 and Microsoft Windows. It was released in May and June 2012. Tom Clancy’s Ghost Recon: Future Soldier was announced to be in development by Ubisoft on January 22, 2009. The game has a futuristic take on the Ghost Recon series. The campaign has settings such as Nigeria, Pakistan, Russia, and Norway.