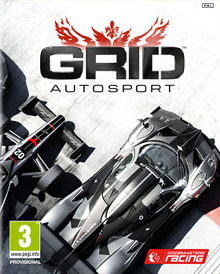 Grid Autosport (stylized as GRID Autosport) is a racing video game developed by Codemasters and available for Microsoft Windows, PlayStation 3, Xbox 360, Linux, iOS and macOS. It is the ninth game in the TOCA series. It aims to move the series back towards “more authentic racing games” following the release of Grid 2, which Codemasters felt was not as well-received by the company’s core fanbase as it was hoped for. The developers consequently introduced major modifications to the handling model and built a lean, race-first oriented design for this title.