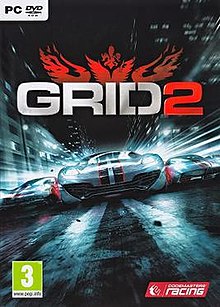 Grid 2 is a racing video game developed and published by Codemasters for Microsoft Windows, PlayStation 3, Xbox 360 and the Xbox One, via backwards compatability. It is the eighth game in the TOCA series. On 25 September 2014, Feral Interactive released the Reloaded Edition for OS X.