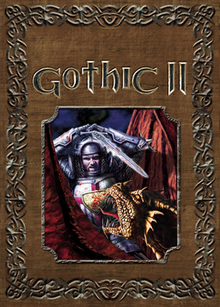 Gothic II is a role-playing video game and the sequel to Gothic, by the German developer Piranha Bytes. It was first released on November 29, 2002 in Germany, and in North America almost one year later on October 28, 2003. The game was published by JoWooD Productions and Atari, Inc.