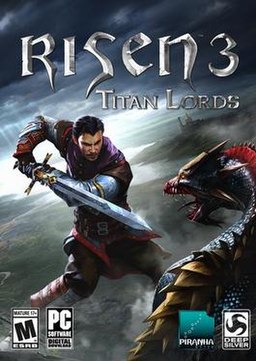 Risen 3: Titan Lords is an action role-playing game developed by Piranha Bytes and published by Deep Silver. It is the sequel to Risen 2: Dark Waters and the third installment in the Risen series. The Enhanced Edition of the game was released on August 21, 2015 worldwide for the PlayStation 4.