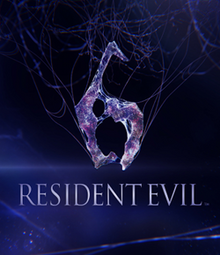 Resident Evil 6, known in Japan as Biohazard 6, is a third-person shooter game developed and published by Capcom. The ninth main game in the Resident Evil series, it was released for the PlayStation 3 and Xbox 360 in October 2012 and for Windows in March 2013. Players control Leon S. Kennedy, Chris Redfield, Jake Muller, and Ada Wong, who confront the force behind a worldwide bio-terrorist attack; each character has unique abilities and styles.