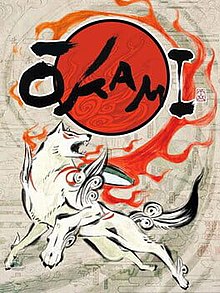 Ōkami (Japanese: 大神) is an action-adventure video game developed by Clover Studio and published by Capcom. It was released for Sony Computer Entertainment’s PlayStation 2 video game console in 2006 in Japan and North America, and in 2007 in Europe and Australia. Despite the closure of Clover Studio a few months after the game’s initial release, a version for Nintendo’s Wii console was developed and produced by Ready at Dawn, Tose and Capcom, which was released in North America in April 2008, in Europe in June 2008, and in Japan in October 2009.