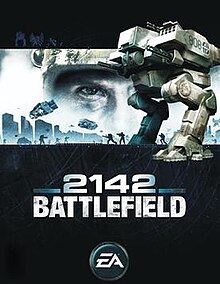 Battlefield 2142 is a 2006 first-person shooter video game developed by EA DICE and published by Electronic Arts. It is the fourth game in the Battlefield series. Battlefield 2142 is set in 2142, during a new ice age, depicting a war known as “The Cold War of the 22nd Century”, in which two military superpowers – the European Union (EU) and Pan Asian Coalition (PAC) – battle for the remaining unfrozen land during a new Ice Age.