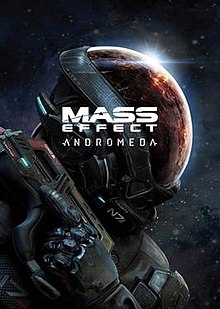 Mass Effect: Andromeda is an action role-playing video game developed by BioWare and published by Electronic Arts for Microsoft Windows, PlayStation 4, and Xbox One. Released worldwide in March 2017, it is the fourth major entry in the Mass Effect series and the first since Mass Effect 3.