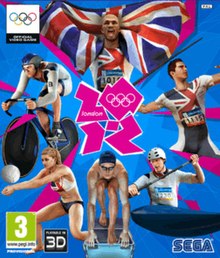 London 2012: The Official Video Game is the official Olympic video game of the 2012 Summer Olympics in London. It was published by Sega and developed by Sega Studios Australia, making this the first Olympics title to be developed in-house by Sega. The iOS and Android versions were developed and published by NEOWIZ.