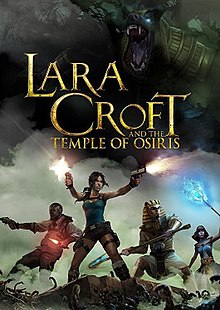 Lara Croft and the Temple of Osiris is an action-adventure game developed by Crystal Dynamics and published by Square Enix for Windows, PlayStation 4 and Xbox One. It is the sequel to the 2010 video game Lara Croft and the Guardian of Light, and the second instalment in Lara Croft spin-off series of the Tomb Raider franchise. The video game was announced at E3 2014 on 9 June. This game marks the last time English actress Keeley Hawes provides the voice for Lara Croft.