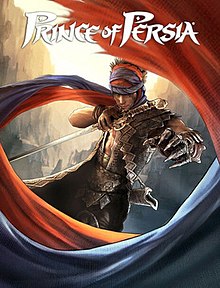 Prince of Persia is an action-adventure and platforming video game developed by Ubisoft Montreal and published by Ubisoft. It is part of the Prince of Persia franchise. The game was released in the United States on December 2, 2008 for PlayStation 3 and Xbox 360 and on December 9, 2008 for Microsoft Windows. It was released on March 24, 2009 for Mac OS X via the Cider engine.