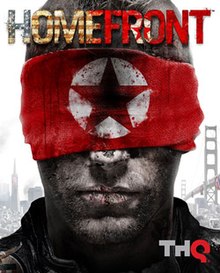 Homefront is a first-person shooter video game developed by Kaos Studios and published by THQ. The game tells the story of a resistance movement fighting in near-future against the military occupation of the Western United States by a Korea unified under Kim Jong-un.