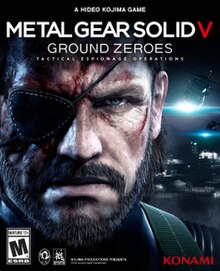 Metal Gear Solid V: Ground Zeroes is an action-adventure stealth video game developed by Kojima Productions and published by Konami. It was released for PlayStation 3, PlayStation 4, Xbox 360 and Xbox One in March 2014, and for Microsoft Windows via Steam in December 2014. It is the eighth game in the Metal Gear series directed, written and designed by Hideo Kojima, and serves as a prologue to Metal Gear Solid V: The Phantom Pain, which was released the following year.