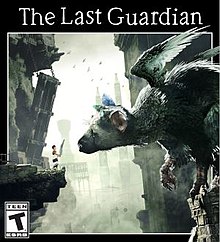 The Last Guardian is an action-adventure game developed by SIE Japan Studio and published by Sony Interactive Entertainment for the PlayStation 4. In the game, players control a boy who befriends a giant half-bird, half-mammal creature, Trico. The Last Guardian was released worldwide in December 2016.